Alpaca: The Other Red Meat

While alpacas are primarily bred for fiber, alpaca meat could be on the cusp of becoming a trendy new protein. 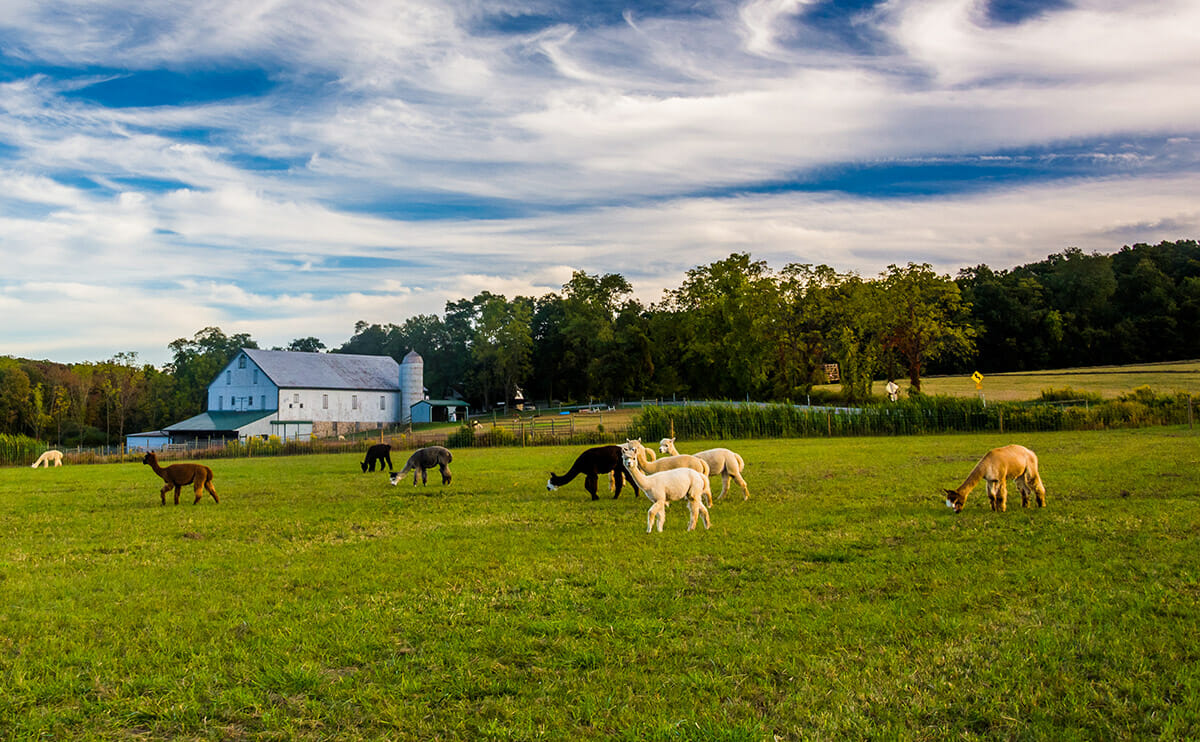 “Alpacas will always be a fiber-first industry. Nobody can raise alpacas just for meat. Cost wise, you just can’t grow them out to a full-size animal only for meat and harvest them like that,” says Roger Welck, owner and farmer of Twisted Suri Alpaca Ranch in Princeton, Minnesota.

‘I really use everything, from one end of this animal to the other.’

Twisted Suri Alpaca Ranch is one of the first operations to create a true livestock model by utilizing all aspects of the alpaca ”“ from fiber to meat to leather to compost. “I believe that it’s not right to put an animal down for just one product. It’s disrespectful to throw waste away,” says Welck. “The hides are turned into leather, the organs are freeze-dried for pet treats and I mix the alpaca manure with coffee grounds and make my own vermicompost. I really use everything, from one end of this animal to the other.”

And while alpacas seem to populate various farms across the country, they are still a newer livestock to cross American soil. Originally from South America, alpacas came to America in 1984. Here, they are bred primarily for fiber and the U.S. alpaca fiber market initially started with a boom. Back in 2006, fiber prices were lucrative and those in the alpaca fiber business had possibly the only livestock breed able to pay for its own room and board ”“ annually. Recent studies show a steady decline in alpaca fiber prices, which may be one of the reasons behind the emerging alpaca meat and leather markets. If alpaca fiber has crashed in price, perhaps alpacas can pay their way with their meat and leather.

Alpaca meat is the byproduct of culling the herd ”“ but it’s a tasty byproduct. Each mature alpaca harvested equates to about 60 pounds of meat ”“ roughly the same amount of meat you can get from a deer. Lean, tender and almost sweet, alpaca meat is nutritionally superior to many of its red meat counterparts. Lower in calories, fat,and cholesterol, this high-protein, exotic meat is beginning to appeal to those seeking out alternatives to domesticated meat like beef or pork, and even wild meat, like venison. Ground alpaca is versatile enough to be substituted in place of ground turkey or beef in most recipes.

Alpaca meat is the byproduct of culling the herd ”“ but it’s a tasty byproduct.

Found in local food co-ops, farmers’ markets, national wholesale distributors and online, alpaca meat is an anomaly within the livestock market, falling within a gray area that allows for this fiber-producing animal to also be sold as a meat livestock.

Because the USDA does not consider the alpaca a meat animal, the sale of their meat falls under the jurisdiction of the FDA and local state authorities.

While this is good enough for local co-ops and farmers market, it also means alpaca farmers seeking a national meat market are shut out ”“ they can’t sell their product to a state that doesn’t honor this voluntary inspection seal.

“We need the inspection stamp and seal to move it across state lines. For states that fall outside of that state-inspection approval, we need to mix the product with at least 3 percent beef or pork in order to get the USDA seal,” says Welck. It’s a stumbling block that may mean alpaca remains a culinary oddity ”“ unless the USDA chooses to inspect and approve alpaca meat and acknowledge it as a livestock and fiber animal. Until then, it will remain an exotic species covered by the FDA.

While demand for lean alpaca meat is only beginning in the U.S., in Australia, popularity is growing, leaving alpaca farmers with a profitable way to keep herds for fiber while also catering to another specialty market. According to the Australian Alpaca Association, Australia currently has the second largest alpaca market in the world, with over 1,500 registered breeders, just behind South America, where the alpaca originates. Australian breeders have been marketing alpaca as a gourmet delicacy for the past few years under the brand name LaViande.

Regardless, alpaca meat is a low fat alternative to supermarket staples ”“ and one that provides a quality protein perfect for summer grilling. Alpaca cuts include steak, tenderloin, strip loin, rump, shoulder roll and back strap. Because of the lean, low-fat quality of the meat, these specific cuts are perfect candidates for high-heat cooking. This means searing (or pan searing) the meat at high temperature so that a caramelized crust forms. Grilling is a great way to do this over preheated hot coals. If you pan sear the meat in a cast iron skillet (or other oven safe skillet), you can finish it by putting it in a preheated oven for a few minutes. Alpaca meat is best served medium to medium-rare and it is important to note that alpaca meat shouldn’t be cooked past medium as it could end up too dry.

Steps:
1. Cut top off peppers, remove seeds and devein. Wash and turn upside down on paper towel until ready to use.
2. In frying pan on low heat melt butter, add leeks when leeks start to cook add garlic, ground alpaca, crushed chili peppers, salt and pepper.
3. Chop alpaca meat into course pieces as you cook. Stir frequently.
4. Cook until alpaca is browned. Turn off heat and add chopped spinach and stir together.
5. Divide and stuff into the peppers evenly and top with cheese.
6. Place on cookie sheet and bake for approximately 25 minutes until outside of pepper is wilting and cheese has melted.

Where can we purchase Alpaca meat?

Whoever asked can you eat a alpaca is a real piece of sh*t.