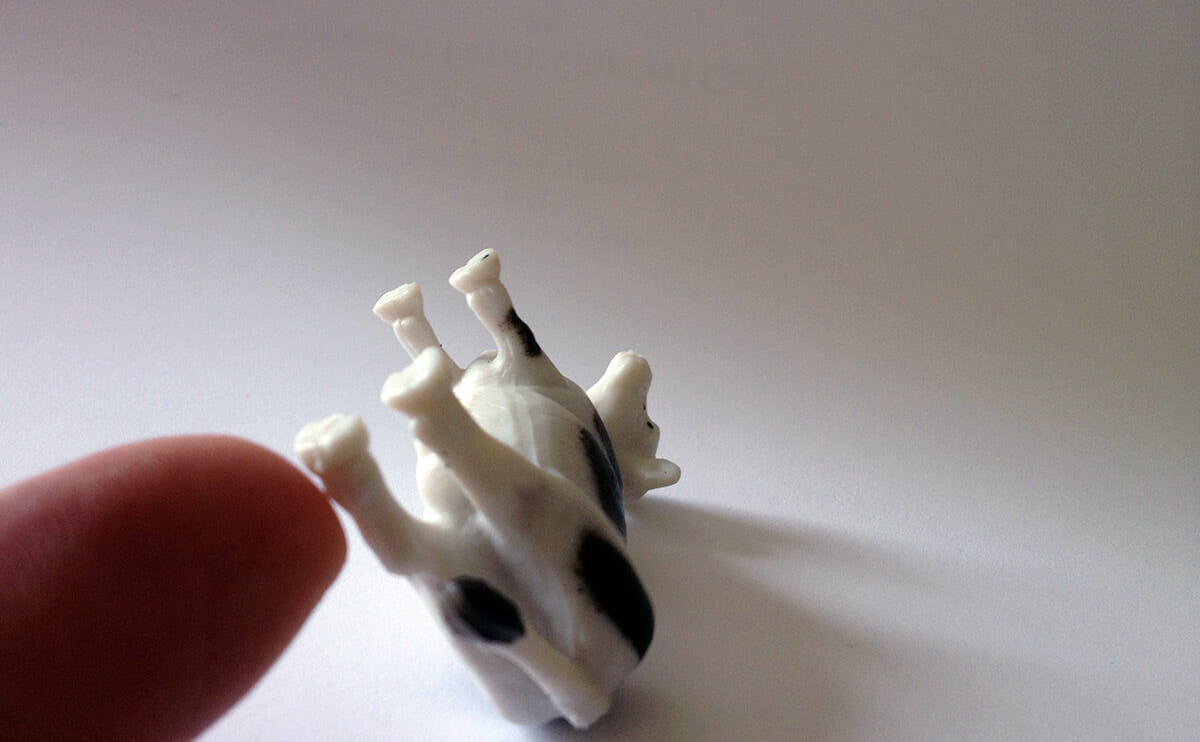 Barbara Crain, 52, is the owner of 157-acre Wagon Creek Creamery near Enid, Oklahoma, where she owns 24 milking cows. As Crain explains it, sometimes when cows lie down on a hill, they do it wrong.

“Cows usually lay with their feet pointed downhill,” says Crain. “But, once in a while, for whatever reason, a cow will decide to lay with her feet pointed uphill. And when she does that she’s in trouble, because she can’t get back up.”

Cows are sturdy creatures, but they’re not the most agile. “They’re so bulky and their legs are so spindly that they can’t roll that bulk over,” says Crain. “They’ll actually thrash themselves to death, trying to get up.”

“We get at least two people, and we grab ahold of the feet and literally roll her over from one side to the other, so she’s rolled over across her back,” says Crain. “And then her feet are pointed downhill. If she hasn’t injured herself, she should be able get right up and go on her way.”

And, for those who still want to believe in cow tipping, Crain is happy to pour cold water on the whole idea.

“A cow is a pretty sturdy animal,” she says. “If you could even get close enough to her and sneak up, I don’t really think you could knock her over.”

After a pause, she adds, “Maybe, if you had a tractor you could do it. Or maybe if you’re a cowboy with ropes, but that would be cheating. But really, a group of people trying to shove a cow over? She’d run away before she got tipped over.”

I am interested in learning about the large organic farms that use “cow flipping” (raising calves conventionally then putting them back into organic farms,) which hurts small organic farms.