Mead is one of mankind's oldest forms of booze, but it's fallen out of fashion. A group of modern mead-makers is hoping to change that. 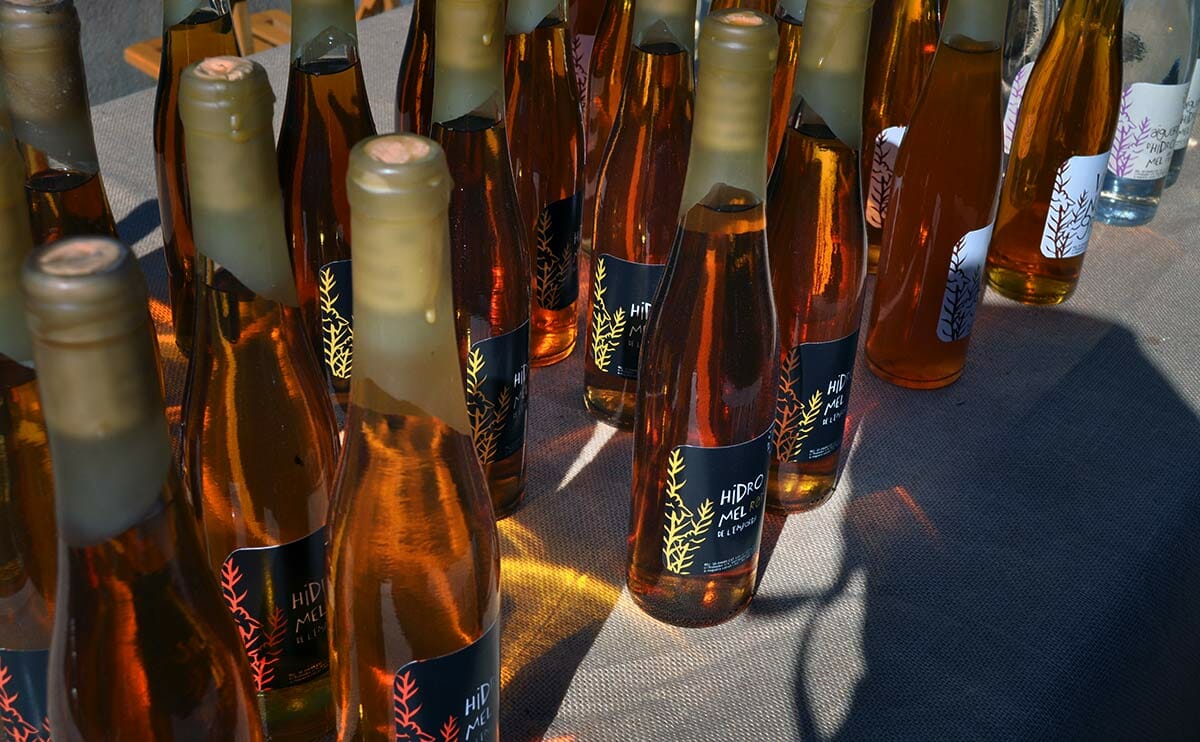 But these days, it’s not a must on the shopping list. You’ve probably passed a few thin-necked, colorfully labeled bottles of the stuff on the way to the bourbon or Pinot Noir. There – you register on the fringe of your busy train of thoughts – are the bottles that no one drinks. But 2,000 years in the past, it was a staple at the dinner table. The ancients drank mead from China to India to Africa to Greece to Rome to Northern Europe to Central America. And, now, mead is making a comeback, time traveling from the distant past to the liquor store shelf of today.

“Mead is the oldest fermented beverage in the world,” says Ash Fischbein, a co-owner of Sap House Meadery in Ossipee, New Hampshire. “It’s also the newest on the shelf.” When Fischbein started making mead at the end of the last millennium, some 35 meaderies were operational in America. Today, there are about 150. Just like artisan liquors and microbrews, mead has enchanted adventurous drinkers.

Take honey. Add water. That’s the basic recipe for mead. Yeasts, those floating around in the air or those added by the mead-maker, will convert the honey’s sugar into alcohol. The result is a boozy drink that can be dry or sweet, like wine, or electrified by the addition of fruit and spices, like beer. What’s amazing is how little the core formula has changed.

“There is a wine also made solely of honey and water,” wrote Pliny the Elder in his encyclopedic “Natural History” two millennia ago. Pliny spills the secrets of ancient Roman mead-makers, who started by boiling down rainwater to a third, “to which they then add one-third in quantity of old honey, and keep the mixture exposed to the rays of a hot sun for forty days after the rising of the Dog-star.”

Mysticism and magic surround mead like a sorcerer’s smoke. People have drunk the honey wine for more than 8,000 years (and probably for far longer). Pliny, who died in the eruption of Mount Vesuvius, was some 6,000 years late to the party. Beowulf, the Anglo-Saxon warrior who terrorizes fictional monsters and high school students, was a mead guy. (Of the hall where he spends much of his story, he waxes, “I have never seen mead enjoyed more in any hall on earth.”) The first of many mead mentions in literature probably occurs in the “Rig Veda”, a collection of Indian stories dating back to, at the very latest, the Iron Age.

That said, the golden age for mead may be in the future. And perhaps that future will look something like the operation that Greg Fischer, president and apiarist of Wild Blossom Meadery & Winery, has going in Chicago.

The bees pollinate blueberry flowers, giving farmers better harvests. In return, mead-maker Greg Fischer will get honey from his bees (for mead) and, from the gracious farmers, fresh blueberries (for flavoring mead).

Fischer keeps bees in urban and suburban Illinois, on Michigan Avenue rooftops and on Lake Michigan beachfronts. His bees are moveable. When, say, blueberry season dawns, he will bring bees to blueberry farms. The bees will pollinate blueberry flowers, giving farmers better harvests. In return, Fischer will get honey from his bees (for mead) and, from the gracious farmers, fresh blueberries (for flavoring mead).

Perhaps the future will look like Fischbein’s set-up in New Hampshire. For mead, he uses 800 pounds of honey a month. He gets this honey from local producers, same as the fruit and maple syrup he uses for mead. (Fischbein gets his maple syrup from an eighth-generation farm, he says, and adds it to the fermenting honey-water mixture when the honey has almost fermented out. The result: mead with “a light maple flavor.”) Mead can be a way to keep cash circulating in the community. “We only sell to local businesses,” Fischbein says. “By doing that, we control where the money goes.”

More likely, the future – kind of like the present – will be a bricolage of skilled mead-makers wildly diverse in their methods and products. Mead and meaderies tend to be shaped by the environment and by the land, meaning mead made in Minnesota is going to be vastly different from mead made in Louisiana.

“What I love about mead,” says Fischbein, “is that you get the true flavor of the flowers. You can get crazy flavors out of the finished product of mead.” A single bottle of mead contains the honey of between one and two million flowers. These flowers will produce 20 to 40 million seeds, Fischer estimates. Flowers flavor the honey that bees go on to make after pollinating them. For this reason, Fischer says, “When you want a taste of the land, you can’t get that any more than with mead.”

‘What I love about mead is that you get the true flavor of the flowers. You can get crazy flavors out of the finished product of mead.’

The paradox of mead is that it can express place with the lucidity of a Bordeaux, but it doesn’t require the mead-maker to grow anything. To make wine, grow and vinify grapes. To make beer, sow, grow, harvest, clean, malt, dry, cook and ferment grain. To make mead, keep bees near a meadow, collect their honey and get to work.

“Not all meads are created equal,” says Fischbein. He’s right. Mead-makers have varying skill-levels, and their raw materials, methods and tastes are different. Mead that pre-dated the craft brewing movement tended to be ultra-sweet. Now it can be dry. It can be spiked with cocoa, infused with hibiscus, fermented with cherries, blended with wine like Riesling, or aged in bourbon barrels – as Fischer’s are. It can be tart with cranberry, smooth with maple, dank with hops, or sultry with grape juice – as some of Fischbein’s are.

Better still, if you look around the next time you’re in a liquor store, it can be yours.