A Good Soil Test Is Hard to Find

Every day, backyard farmers and urban homesteaders across the country fill little plastic baggies with small samples of soil and ship them off to Massachusetts. They’re hoping to find out what’s in their dirt – how much nitrogen, phosphorous, potassium, calcium, magnesium, aluminum, and lead – and how acidic it is. They’re hoping to grow […] 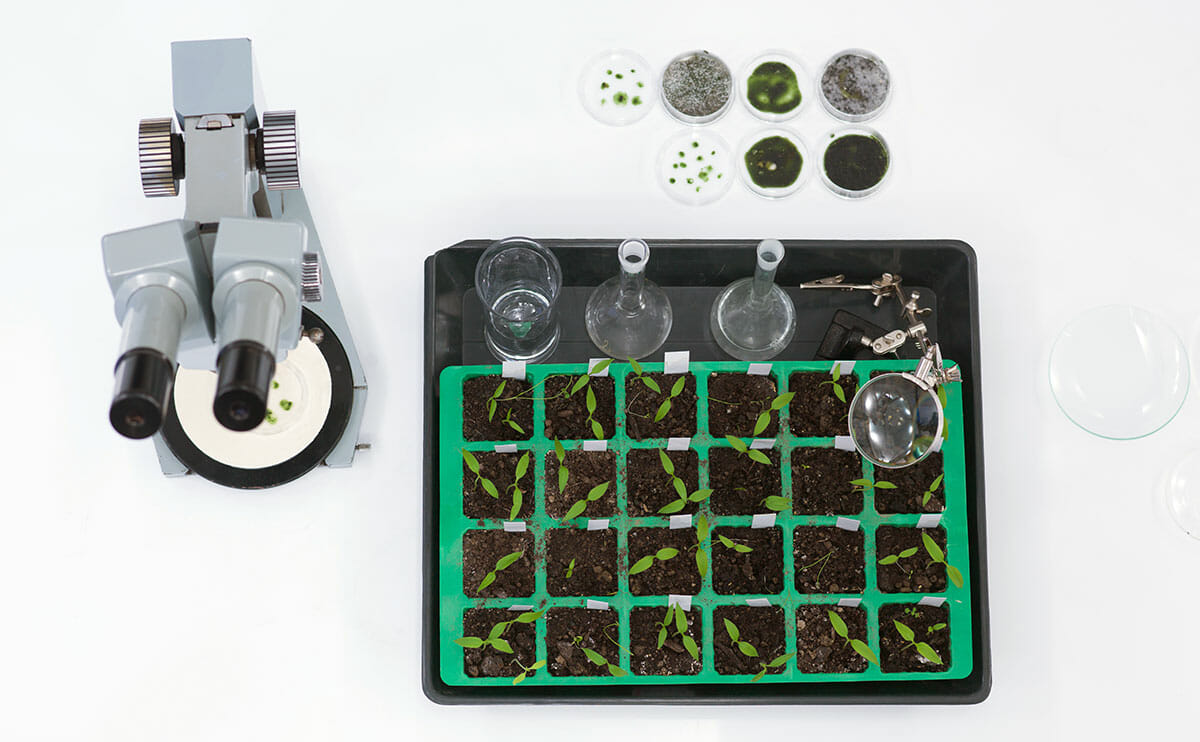 Every day, backyard farmers and urban homesteaders across the country fill little plastic baggies with small samples of soil and ship them off to Massachusetts.

They’re hoping to find out what’s in their dirt – how much nitrogen, phosphorous, potassium, calcium, magnesium, aluminum, and lead – and how acidic it is. They’re hoping to grow better fruits and vegetables. For ten dollars, the Soil and Plant Tissue Testing Laboratory at the University of Massachusetts will prepare a complete report and return it by mail.

Paradoxically, even as demand for this sort of service skyrockets, public soil-testing labs like the one at UMass are a dying breed, due to funding cuts at public universities. Meanwhile, commercial soil kits, from the likes of Home Depot or Lowe’s, have not been properly vetted by garden experts. Options still exist for the growing number of new backyard farmers, but not always nearby.

The UMass lab processes many thousands of samples each year. In 2011 it did about 18,000, and in 2012 another 20,000. The number has been rising steadily by ten to fifteen percent every year for a decade, said lab director John Spargo. The majority come in from backyard gardeners, homesteaders and small-scale farmers.

The number of soil samples has spiked in recent years. ‘When the economy takes a dip, we do more business.’

“When the economy takes a dip, we do more business,” Tracy Allen, Spargo’s predecessor, told me in 2011. “I think people are trying to grow their food more.”

Unfortunately, the outlook for public labs is grim. There are none left in California, and few in the West. City Slicker Farms, a nonprofit that builds backyard gardens for low-income residents of West Oakland — an old part of town with a legacy of industrial pollution and Victorian homes layered in lead paint — routinely ships soil samples to UMass for each new garden, to test for lead dangers as much as anything else. The $10 fee is hard to beat, said executive director Barbara Finnin.

Yet Spargo says that while he won’t turn away a sample from California, Washington or anywhere else, results returned to distant backyard farmers come with a caveat. A lead test is pretty straightforward and will tell you, basically, if your levels are low, medium or high. Same goes for a pH test. But results for nutrients — and attendant recommendations, like when and how to apply which fertilizer — are in part based on decades of agricultural research in and around Massachusetts.

“It gets a little tricky when we try and fit that interpretation into totally different soils and different climates,” Spargo said. “It’s not that the results are invalid, but I don’t feel as good making interpretations about those soils as I do my own. That’s why I encourage people to use a local lab.” This becomes a problem in areas where public soil-testing isn’t available.

Still, no test is bulletproof. “The number should be the same in any lab, but I’ll tell you they’re often not,” said Chuck Ingels, a horticulturalist and farm adviser in Sacramento County, California. “There are many different ways of getting at a number. Some people have sent the same soil sample to many different labs, and they often get many different numbers.”

Ingels is leading an effort among local Master Gardeners to evaluate the performance of basic store-bought soil tests from hardware stores like Home Depot and Lowe’s. “It could be real useful,” he said. “I just don’t know how accurate they are. They may be accurate enough for the home gardener.”

Both Spargo and Ingels suggest growers never put much faith in a single test. Instead, they say, compare results from the same lab over time to see how they correlate with productivity, or do concurrent tests of two different patches — one where the tomatoes are flourishing, one where they’re wilting. In either case, it matters less if the soil is shipped cross-country to a professional lab or tested with the big-box store’s everyman kit.

Ingels also advises holding off until it’s time to diagnose a specific problem. “If your garden seems to be growing very well, and weeds grow very well, then chances are you don’t need to do a soil test at all. Just plant your garden and if you start to see problems, then you can do a soil test.”

Curious to see how your soil stacks up? Here’s a full list of accredited public and private labs in the U.S.

Looking for list of accredited public and private labs in my area. Franklin Ct. 06254